I’ve been a bad blogger…again…and let my updates slip, but this time it’s not due to lack of subject matter, but more lack of time! Things have been busy around the Spencer house these past few weeks.

A couple weekends ago, William and I took advantage of one of our last soccer-free weekends and headed to Tyler. We talked my mom and dad into coming in from Amarillo to go with us so they could come out and take a look at our lake lot. If everything goes as planned, we will hopefully start taking some steps towards building a house out there in the next several months. There’s still a lot to do (clearing land, dredging the shore line, getting house plans drawn up) before we can take that step so our timeline is very uncertain right now but we had a great weekend getting to see ALL of both of our families.

The biggest news to come out of that weekend though was that we got to bring home our new PUPPY, a german short-haired pointer which we named Huck (short for Huckleberry). He’s quite the active little guy but also a major snuggler. Enjoy the pictures of his cuteness below… 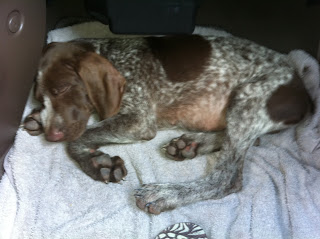 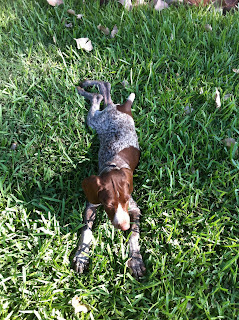 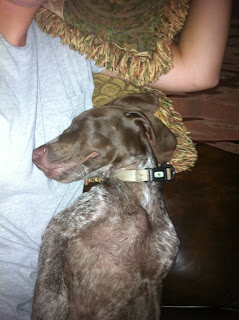 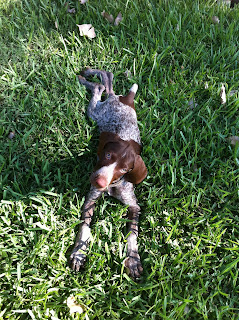 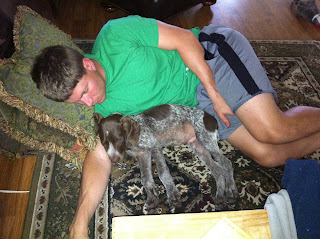 Also, in a very unplanned random series of events, I got a new car! William and I got an offer from someone to buy my car which made us start looking around and we found a really good deal on a Toyota Sequoia. I’ve been missing the convenience of an SUV lately so I was pretty excited to make the trade…plus we actually made money of the deal and reduced my mileage significantly! I don’t have pics but it’s a white sequoia, you’ve all seen one.

In very random, non-personal news, I just learned that schools in the north don’t have names (like I went to LaMesa Elementary, Ash Sixth Grade, Coronado Seventh Grade, Estacado Eighth Grade, and Plainview High School) but are just numbered PS 167, PS 243 etc. It stands for Public School and then they are all numbered…how impersonal! No wonder some northerners seem colder than people in the south. They are conditioned that way from school age on!

Posted by Tami Spencer at 7:45 AM No comments: