For as long as I can remember, I have been a fan of the winter Olympics. Maybe it’s because I grew up a few hours from mountains and snow but rarely saw a lake or ocean. Maybe it’s because my parents hated beach vacations so I was naturally inclined to prefer winter because that’s when we traveled. Maybe the passion my best friend Jeana had for it growing up rubbed off on me, but regardless of the reason, I truly love the winter Olympics. I love watching almost every sport (with the exception of curling). I even think the Biathlon is exciting to watch. Though I don’t really understand the correlation between cross country skiing and riflery, I’m still on the edge of my seat hoping that the American hits every shot. I love the half-pipe, downhill, moguls, luge, bobsled, ski jumping, hockey, and every combination of any of these, and, for as long as I can remember, I have loved women’s figure skating most of all.

I know the public admission of this may knock my “cool” level down a bit, but I don’t really care about being cool anymore, so I can live with that. I think part of my love for the sport has stemmed from the complete domination by American women in so many games. I loved all the ones I can remember…Nancy Kerrigan, Michelle Kwan, Tara Lipinski, Sasha Cohen, Kristi Yamaguchi, Sarah Hughes…I still remember watching each of them skate and, in some cases, tearing up as they took the medal stand. I don’t know if it’s my knowledge of the figure skating world that’s changed or the talent of the US team, but I was really bothered by the fact that last night (well, maybe the short program night) was the first time I’d ever heard of Rachel Flatt. For me, her name very accurately described her performance last night. It was good, but left me feeling flat. But I digress…

Despite my love and respect for this sport, for some unknown reason, I have gone through my 26 years of life up to now and have never set foot on an ice rink. I know we went to malls that had them as a child, and I always wanted to try it, but for some reason, fate hasn’t allowed me experience that yet. At some point in college, I realized that this was something most people have done at some point in their lives that I hadn’t, so I decided to “save” it; to make my first time on the ice a meaningful and significant moment. I tried to go in Rockefeller Center at Christmas time in NYC on a trip, but there was a 3 hour wait. William was going to take me in Steamboat a few years ago, but the place closed early. So as you can see, God’s plan has obviously been to keep me from the ice. I think I have finally figured out why. I think I would have been great on the ice, maybe even unstoppable. I might have been the first woman to successfully land a quadruple toe loop in competition. However, God knew that my immense success on the ice would make me miss out on growing up as a “normal,” non-Olympic champion teen. He knows my heart would have become proud at all my gold medals and glory and maybe not been as close to Him, so he has set up roadblocks in my path to greatness up to this point.

Hopefully, I am too old now to begin the path to Olympic stardom from scratch, so I will finally be allowed to at least skate once, just to see how it feels. I publicly promise to my blog audience that I won’t take it any farther than just a pleasure activity. There. Now I’ve said it, so bring on the skates.
Posted by Tami Spencer at 9:01 AM No comments:

I was going to title this blog “MIA from Blogging,” but then I realized that the above title would be much more appropriate seeing as how lately, I have been not only absent from the blog world, but I have been an MIA friend, MIA wife, and MIA from my life in Dallas in general. There is a “good” reason for all this absence though. As most of you who read this know, I spend about a month in El Paso each year to put on a collegiate all-star football game called Texas vs. the Nation. I won’t get into a lot of detail here other than to say my whole life is work for 24 hours a day, seven days a week, for about 30 days. If you want to know more about how all that turned out, go to www.texasvsthenation.com. I write a lot of that content as well so no need to duplicate that effort on this blog.

I have had recent complaints that I write too much on this blog and don’t include enough pictures so I’ve decided the rest of this blog will catch us up to present time with the events that have occurred since I last posted an entry (shortly after New Year’s). I will try and include detailed captions so we don’t miss anything.

I cooked a multiple course dinner for 12 which actually turned out pretty decently. I also dyed my hair brown over Christmas and this is what it looked like then. 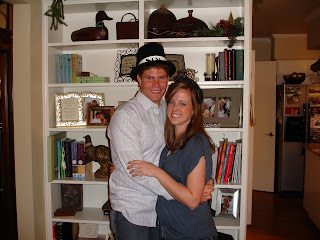 It has lightened up considerably since NYE, but wanted to post the brunette pics. No idea what color we'll keep from here on out. Input is appreciated.

Berkley is usually the life the party, but was exceptionally entertaining on NYE. This may be one of my favorite pictures of all time. 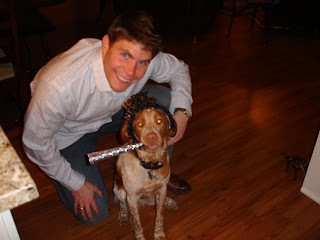 My birthday happened to fall in the middle of bowl chaos, so I went a little uncelebrated on the actual day, BUT, I returned home to an awesome gift from my hubby... 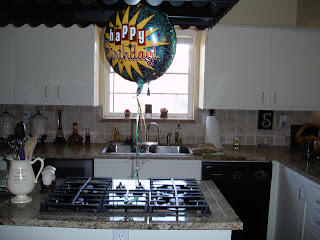 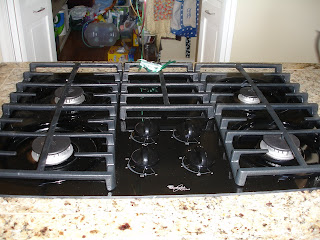 A NEW COOKTOP!!! I had so much trouble with the old one and we had multiple "repairs" done on it, but I still couldn't get a pot of water to a rolling boil EVER! I made some soup on the new cooktop last week and my water boiled in less than 5 minutes. AMAZING!! Against warnings to never get a woman appliances as a gift, William succeeded 100% in getting me a wonderful gift I will enjoy for years to come!

This also doubled as a Valentine's day present, but he didn't let the go by without some sweetness. We had an amazing sushi feast at Kotta (I highly recommend it) and then he came home with some of my favorite flowers. 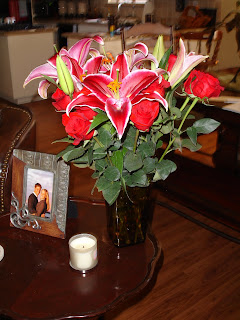 And, last but not least, some highlights from what I'm sure will become known to our children as "The Great Snow of 2010." 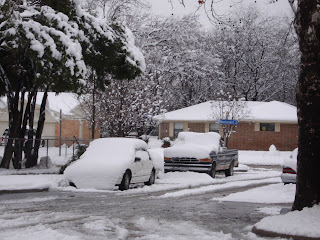 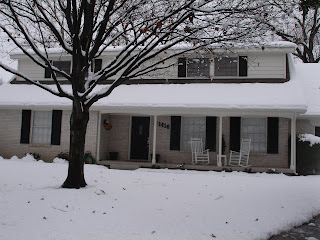 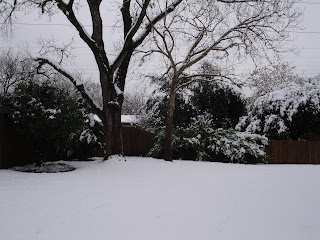 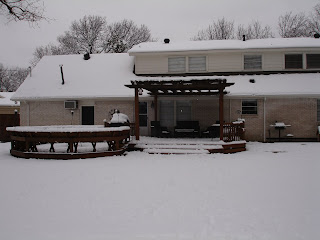 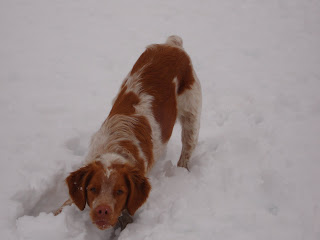 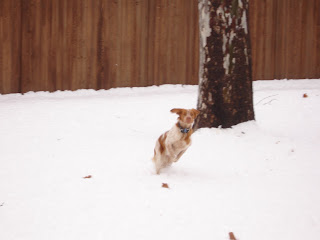 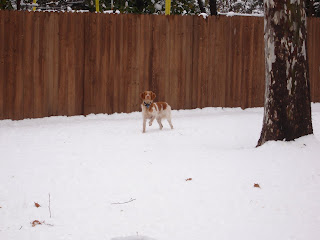 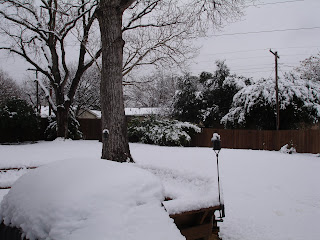 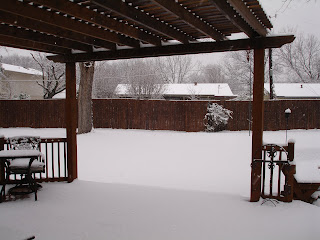 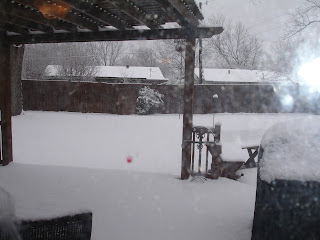 So glad to be back in the real world. Please call me to hang out and catch up. I'm sure if you're reading this, I probably miss you.
Posted by Tami Spencer at 10:12 AM No comments: